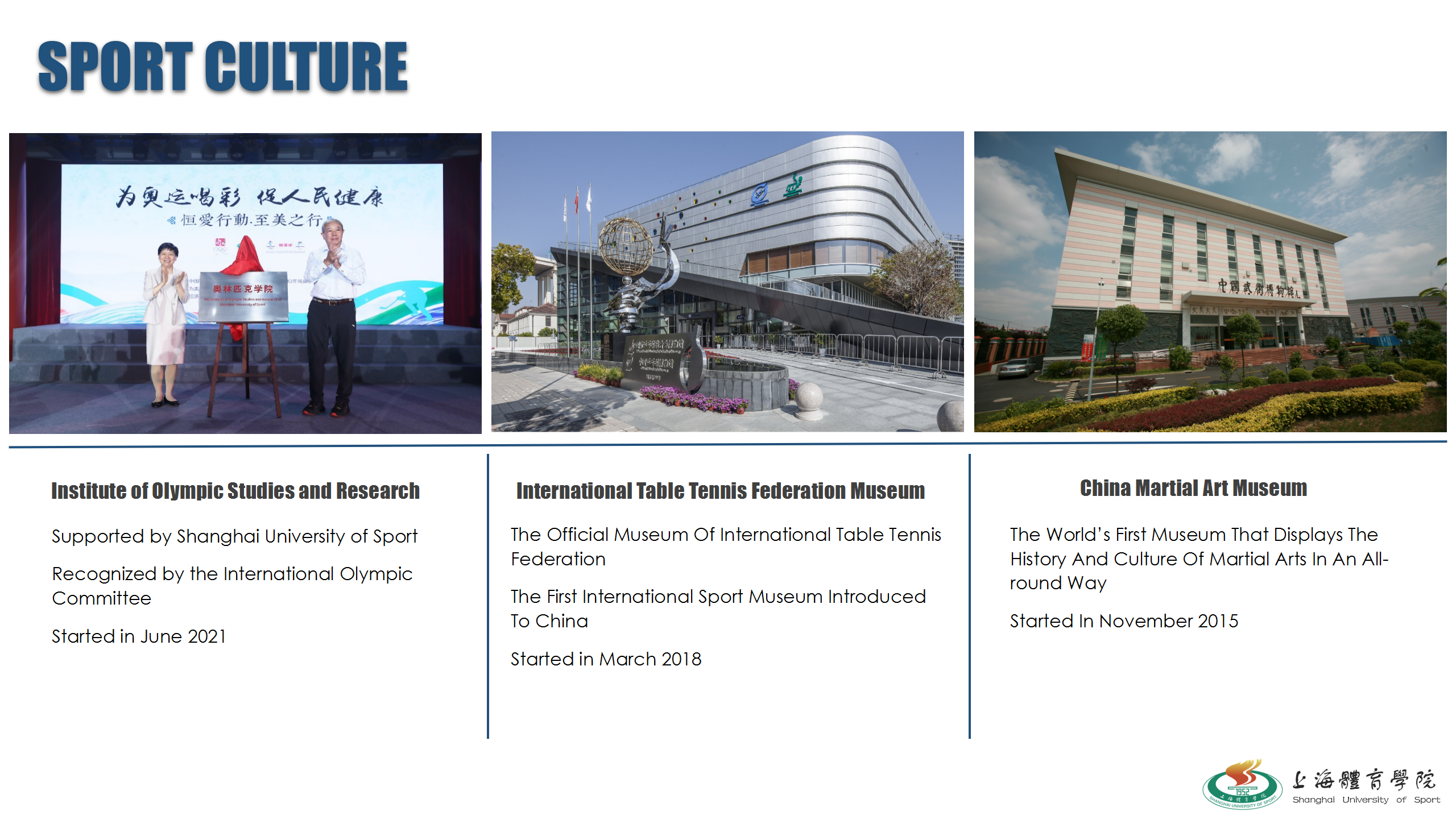 The Institute of Olympic Studies and Research is supported by SUS, the Chinese Olympic Committee (COC) and is recognized by the IOC-OSC. It was officially launched in Shanghai on 23rd June 2021, the International Olympic Day. The Institute will provide, in line with its mission, Olympic educational, cultural and research programs to the university, the local community, the city of Shanghai, and to wider China. SUS encourages the Institute to work together with the IOC-OSC and OSCs internationally to promote the Olympic Movement and the Spirit of Olympism around the world. The University looks forward to seeing the Institute become an energetic member of, and contributor to, the IOC-OSC community.

The International Table Tennis Federation Museum is the official museum of the ITTF, and the first international sport museum introduced to China. Opened in March 2018, it portrays the history of the ITTF, presents the development of table tennis equipment and techniques in a lively and comprehensive manner. It showcases the glorious history of worldwide competition whilst depicting thoroughly the culture of the sport.

The China Martial Art Museum, initiated to be built in 2005 and established in 2007, is the first museum in China and even in the world to present the history and culture of Chinese martial arts. After several years of development, the exhibition area of the Museum has reached 2500 square meters. It consists of the hall of weapons, the History Hall, the Temporary Exhibition Hall and the Hall of "Learning martial arts by science". It is a modern museum that showcases humanities, history and national spirit with its exhibits and in the multimedia.